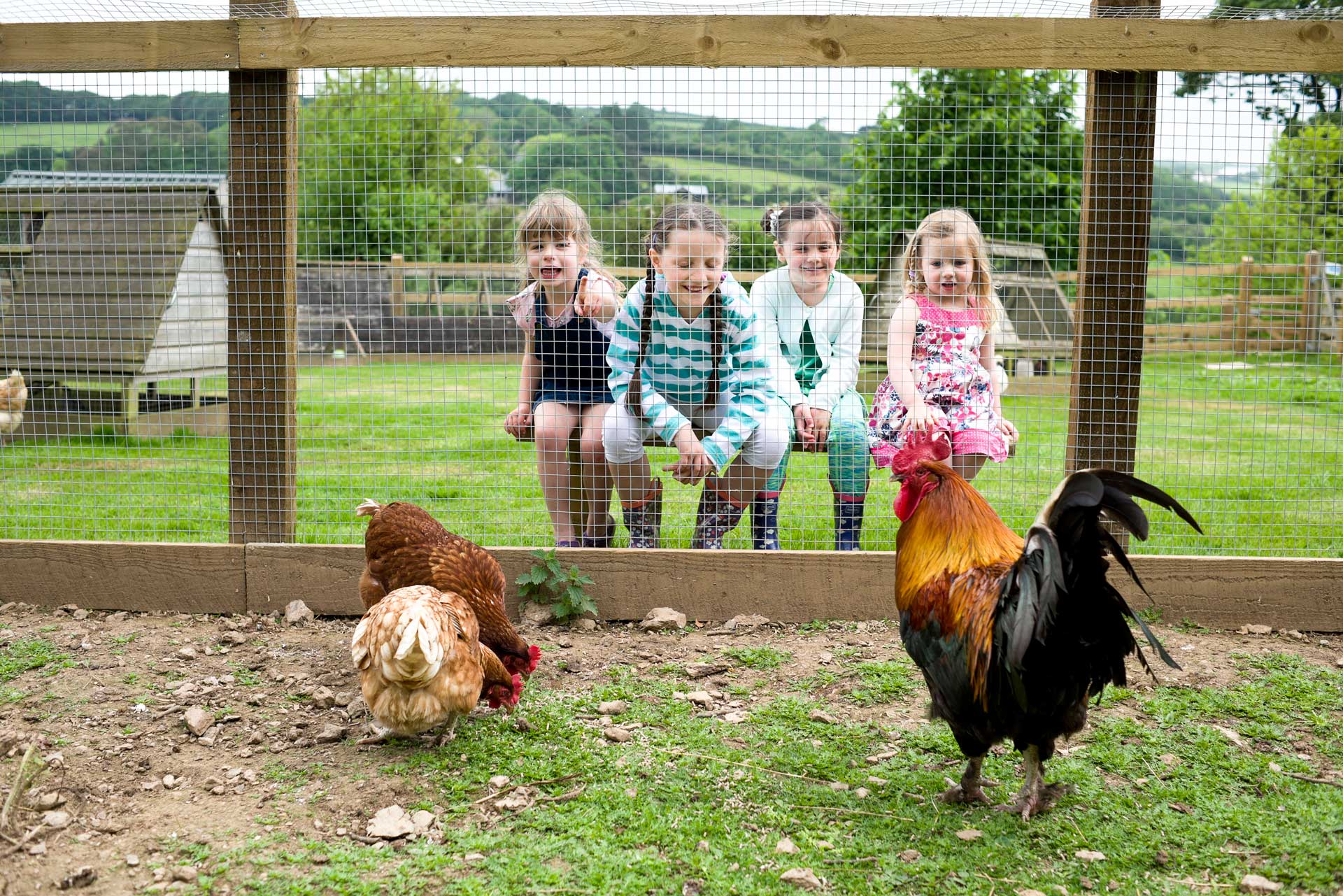 How do you out-wit a chicken?

Well this week you will notice a big change at Tregongeeves…we have moved in!  Only temporarily, Judith and John are away with friends for the week.  It means I am in charge of the ever increasing animals!  Last night Ginnie (the black lab), Alice (the Shetland) and I had to hide around the corner as a rather naughty chicken kept seeing me coming when I was trying to shut them up for the night before Dr Martin started.  Every time I went near the run the chicken got all the other chickens out of their house.  In the end we out witted them and got them in before the start of my programme.  Bloomin’ things!  Hopefully that will be the only story to tell from the week….

Opposite is a picture of Martha and Evie feeding the chickens last week.  They had a lovely week helping out move the animals around and they met the blacksmith we mentioned last week.

Last week I mentioned about the start of the food festival in Cornwall, this is followed by music festivals in October.  In October you can catch the Penzance Proms or why not pop along to the Lowender Peran Festival in late October – a festival celebrating all things Cornish!  I think Richard would like this as he has started going to Cornish lessoons every week.  Now to help spread this dying language I shall include a few words each week.  Dydh da, fatla genes?  Which means ‘Hello, how are you?’.

This weekend sees a family fun day Griggs, the local outdoor shop.  The day promises to be fun for all the family.

We has a shock on Saturday when two different people arrived for the same cottage.  It turned out one guest had confused their weeks and in fact arrived a week early.  Luckily we were able to accommodate them in one of five star caravans at River Valley, but it does now mean we have Corner Cottage available at very short notice.  If you are interested in booking the cottage, then please call Alison or Richard (01726 73533) and mention you read about it on the blog.  The cottage is available for the week for £300.